Epynt Motor Club regret to announce that the Old Forge Garage Mewla Rally and RallyMarketing Epynt Stages will not be going ahead on August Bank Holiday weekend due to the on-going pandemic. The Event has worked hard to try and make the event happen, including changing the format to a one-day event, but ultimately with current Welsh Government regulations and with no assurances from Motorsport UK that either event would be able to go ahead this year.

Regrettably Epynt Motor Club has been forced to cancel this year's Mewla Rally and Epynt Stages, despite much of the planning already complete. Other issues including restricting access to the ranges by the general public and the influx of people into the area were major considerations in our decision.

Our thanks go out to our sponsors, Old Forge Garage and Rally Marketing and the championships for their support once again. The event was due to be a round of the BTRDA MRF Tyres Mixed Surface and the now cancelled WAMC Tarmac and King of Epynt Championships.

Clerk of the Course Alun Probert said “We are all saddened to cancel this year's event, but by not running we can help protect the vulnerable and the long-term future of rallying in Mid-Wales. We will now turn our thought to preparing for next year."

The organisers would like to thank the support and encouragement they have received from competitors, officials and marshals during the past few months. 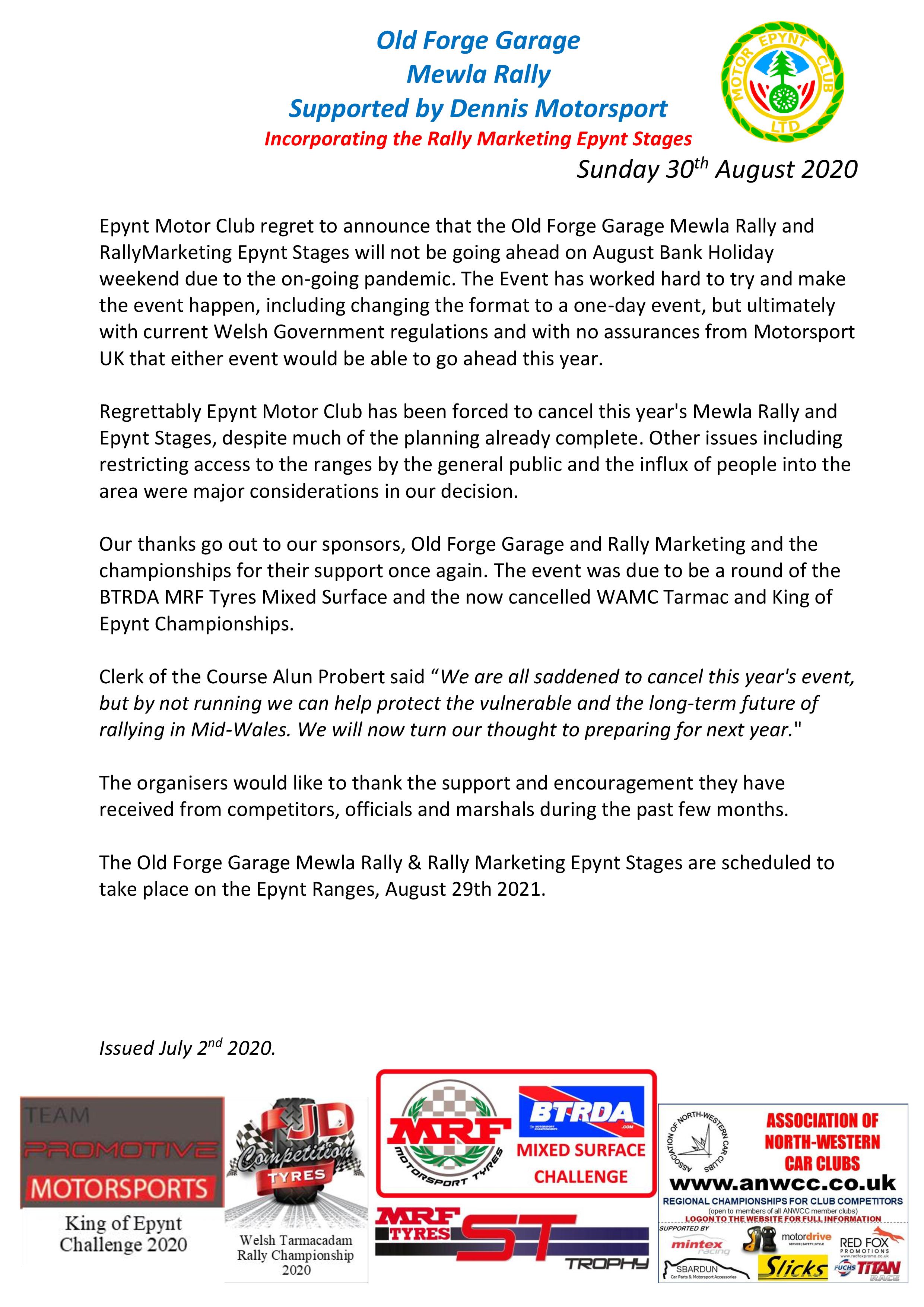