Epynt Motor Club's D.G Jones Agri Powys Lanes Rally has donated £2,000 to Credu Carers and The Bracken Trust, receiving £1,000 each. The Old Forge Garage Mewla Rally donated a further £500 to The Bracken Trust. Both events had a successful year and were able to donate so of their profits to local charity, and look forward to further successes in 2019 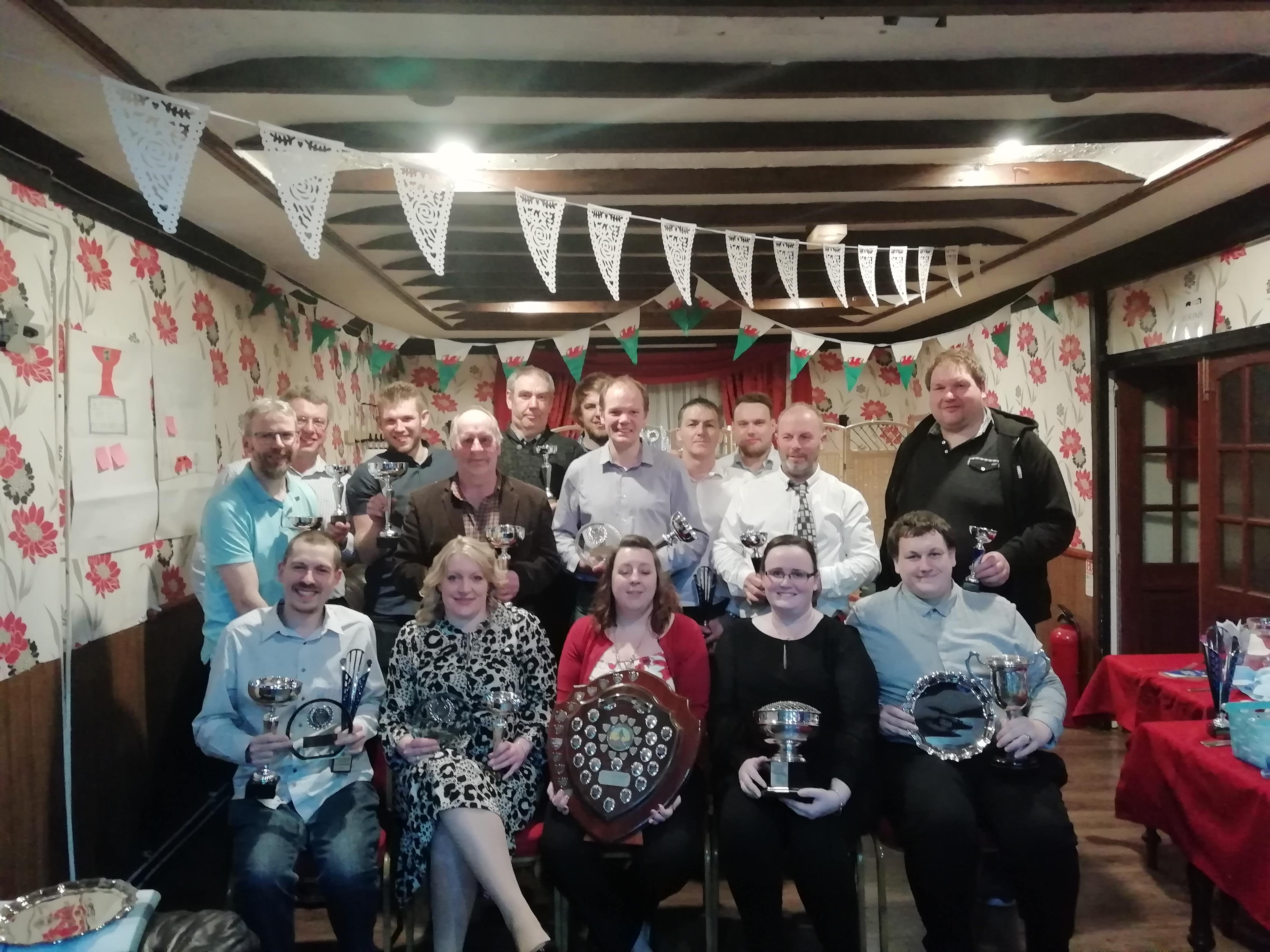 Saturday 9th February saw Epynt Motor Club come together to celebrate all its winners from the 2018 championships, to see and download photos from the evening please check out our Facebook page: https://www.facebook.com/pg/epyntmc/photos/?tab=album&album_id=10161349450420285

The evening commenced with an Unofficial Award Ceremony hosted by Brian & Kate Jones, the awards were given out to those who have made notable efforts throughout the year. Neil Wozencraft was awarded the ‘Bad Penny Award’ as during the Powys Lanes he manned so many controls he kept turning up ‘like a bad penny’. Jon Hawkins & Ryan Davies were awarded the ‘Hedge-Cutting Award’ for their recent poor attempts at cutting a hedge. Kieran Price was Awarded ‘Mop of the Year’ as Brian was jealous of Kieran’s hairstyle (unfortunately he decided to have a haircut especially for the Award Dinner). Jamie Pickup was awarded ‘Considerate Driver of the Year’.

Alun Probert was given ‘Worst Timer Keeper’ Award for his continued effort to have a delayed arrive at events and meetings, Alun was delighted to accept the award and said, ‘As Chairman I like to arrive and get on with the meeting, as such arriving just after the due start time means we can crack on’. Ceri Davies was awarded ‘Forgotten What a Finish Line looks Like’ after having an unfortunate year of only seeing start lines. We wish his luck changes.

Following a lovely dinner courtesy of the Belle Vue Hotel, Alun & Julie started the night with a short logo quiz enjoyed by everyone. This was swiftly followed by the actual Awards Ceremony, where by all the various winners of awards from the 2018 championships were awarded, if you are interested in looking at the 2018 Roll of Honour, please see the Annual Newsletter: https://issuu.com/epyntmotorclub/docs/newsletter_v5

The highlight of the night was the awarding of the club’s three perpetual awards, given for recognisable services to the club. This Year the Ladies Award was given to Sophie Harper, Alun stated the Awards Committee decided Sophie was the chosen recipient of this award for 2018 for her continued commitment to the club and working hard behind the scenes in role within the club and its events. Sophie said afterwards, ‘I am very surprised and grateful to be given the [Ladies] award, Having a toddler and with Dan also committed to the club has thrown up challenges, which we have overcome with the help and support of our family and friends within the club.’

The Ian Davies Memorial Trophy for Under 30’s was awarded to Daniel Harper for his services to the club Alun commented that that Daniel has been around the club for a number of years, despite being so young and has taken on a number roles, despite taking a step back this year to focus on his family and work commitments, he continues to be dedicated and spending time work and representing the club behind the scene’s’ Daniel later commented that he did not expect to receive the award this year, and is thankful for being chosen, it means a lot to have the hard work put into the club recognised. ‘Whilst I am taking some time out this year to focus on other matters, this is by no means an end to my work for the club and it’s events – I’ll still be sat in the background working hard when I can’

The most prestigious Club Person of the Year Award was awarded to Emma Lewis, who has only been a member for a short while has thrown herself into the club and has got involved at all corners, making herself well known and dependable. Emma has taken on several roles over the years and always done them to the highest standard. Emma tearfully stated ‘I couldn’t do this without all of you’ whilst accepting the award in a state of disbelief.

The 2018 Round-Up Newsletter is now available to read online.

All members should receive one through the post - which will include a membership form and clothing order form for anyone wishing to purchase club clothing.

We are now also able to accept payment by BACS, please contact the Membership Secretary for more details: Sophie Harper, 07780 358 538 This email address is being protected from spambots. You need JavaScript enabled to view it.

The 2019 Membership Form is also available online, to print and send.

Please find Calendar of events below:

Epynt Motor Club will celebrate it's 50th Anniversary in 2019 - as such we would like to include stories and memories in our annual newsletter and for use throughout the year.

Please send any memories however old or recent, including photos through to This email address is being protected from spambots. You need JavaScript enabled to view it., by December 25th in time for the newsletter or any time for use later in the year!

Epynt Motor Club's Ltd AGM will be held at the Institute, Llanwrtyd Wells at 19:30 on the 29th November - all members are welcome and encouraged to attend.