The Eppynt Motor Club was originally formed during the late 1950’s in Llangammarch Wells and brought together those in the area interested in four-wheel motor sport. Early activities included meetings, social events and what today we would call auto tests and treasure hunts. The club ran for approx 10 years before being dissolved in 1968.
The Club reformed in 1970 as The Epynt Motor Club and was based in Llanwrtyd Wells at The Askomel Hotel. With MSA affiliation it was not long until the Club progressed from running club auto tests and 12 car rallies to promoting both night and stage rallies. The Mewla Stages still run over the Epynt Ranges, and the Powys Lanes was resurrected in 2011 after a 25 year break since the Powys Factors. The Coracle stages last ran in 2013 after being cancelled in 2014. The Wye Valley Stages last ran in 2007, but we remain hopefully it will one day return!

Over the years the club has been successful in wining several best event awards and has had numerous members achieve Welsh National championship titles in both road and stage rallying.

Today the Club has monthly business meetings at the Institute, Llanwrtyd Wells. It has a membership in excess of 100. The Club holds regular Navigational Scatters and auto tests, it also assists in marshalling on events throughout Wales and the Borders.

All members are bound by the Club Rules as updated and updated at the 2018 AGM. 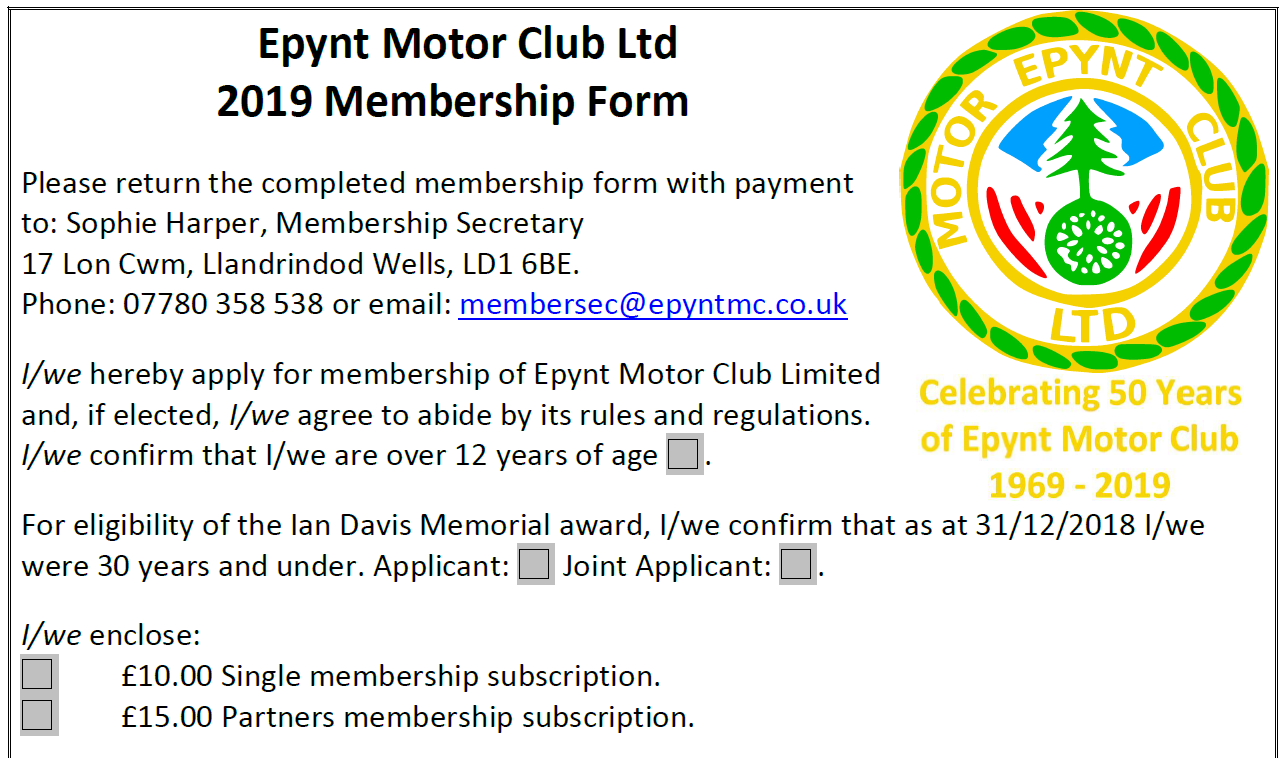